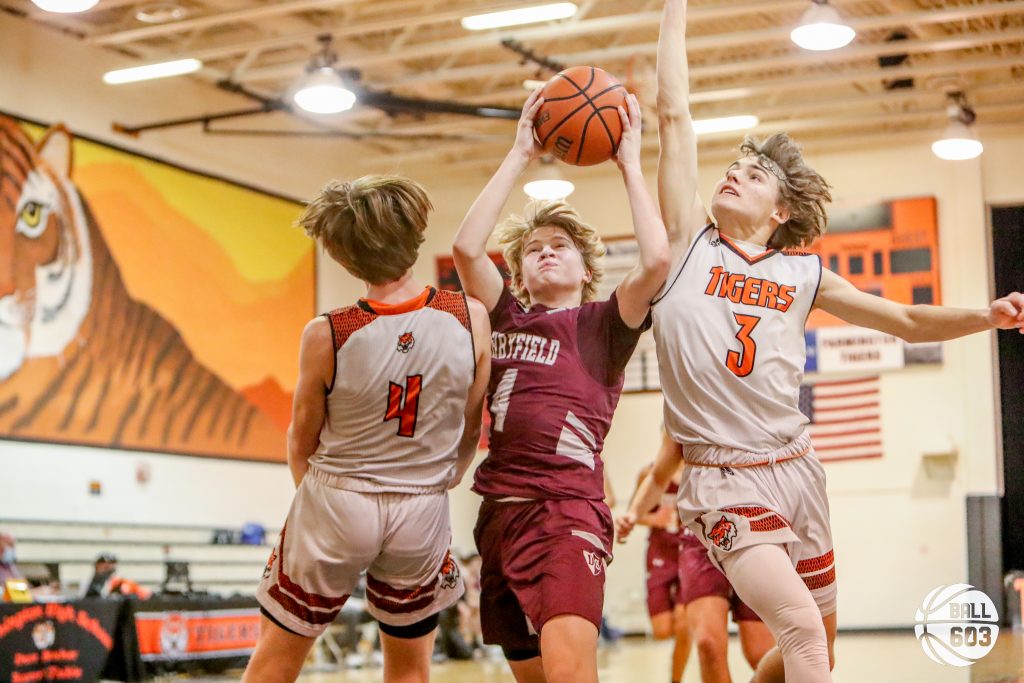 Farmington puts its three-game win streak on the line tonight as the Tigers host Derryfield at 7:00 pm. It’s a battle between offense and defense as the Cougars are the second-highest scoring team in Division IV (60.8 points per game), while Farmington is just one of six teams in the division holding its opponent to under 50 PPG (49.92).

The Tigers got off to a slow 0-3 start to the season, but since FHS is one of the hottest teams in the state with a 7-2 record and is holding teams to a measly 41.3 PPG during that time. The only two teams in the division hotter over their last nine games are the top two teams in the state, Woodsville (14-0) and Concord Christian Academy (12-1).

The Cougars are led by freshman Thomas Ferdinando, D-IV’s leading scorer (23.0 PPG), and are 6-5 on the season, having dropped three of their last four outings. Farmington and Derryfield squared off at The Bash back on December 27th in a game that saw the Tigers take a seven-point lead heading into the fourth, before falling to Derryfield, 49-48.

The game can be seen live right here on Ball 603 as JV gets underway at 5:30 pm, followed by varsity at 7:00 pm. For the best viewing experience, you can download the free Pack Network app for iPhone/iPad, Android, Apple TV, Android TV, Amazon Fire & Roku devices. Simply search for “Pack Network” in the App Store to download and watch on your TV through those devices.