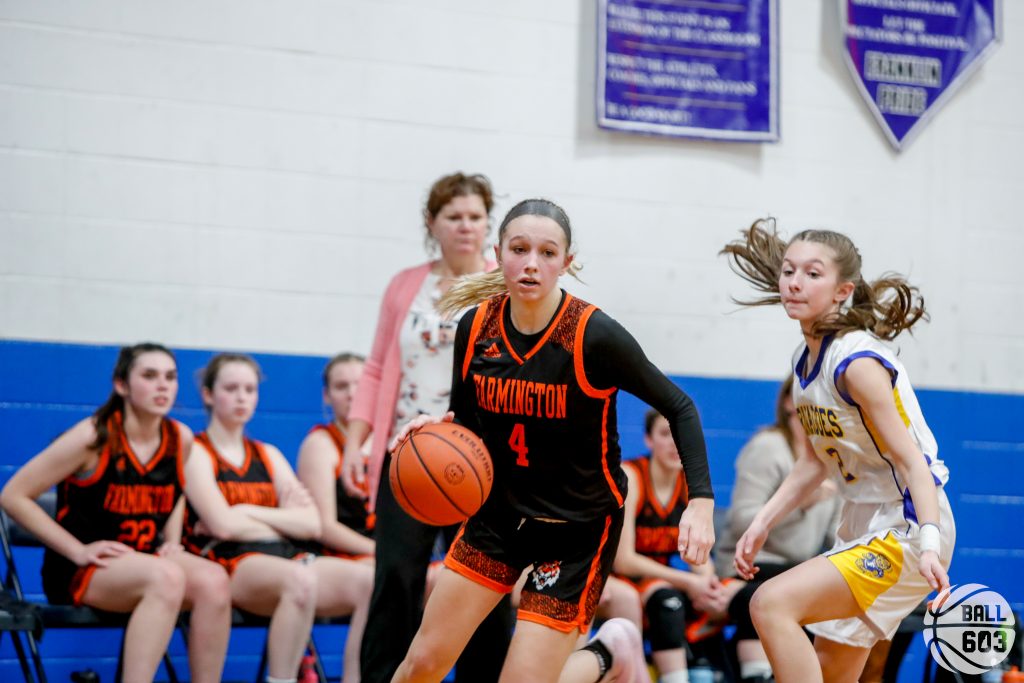 Leading by one at the half, 22-21, Farmington connected on five three-pointers in the third quarter to take a 17-point lead and hung on for a 51-44 win at Franklin on Monday night.

The Tigers were led by a team-high 15 points from sophomore Madi Ricker. Teammate Makayla Lapanne (10 points) also chipped in with double figures, while Jaelyn Prosper netted nine, all on three point field goals in the third. The Golden Tornadoes were paced by a game-high 16 points from Lily Cornell and Kourtney Kaplan added 13 of her own.

The win snapped a two-game skid for Farmington, who evens its record at 3-3. Franklin drops to 1-3 on the early season.