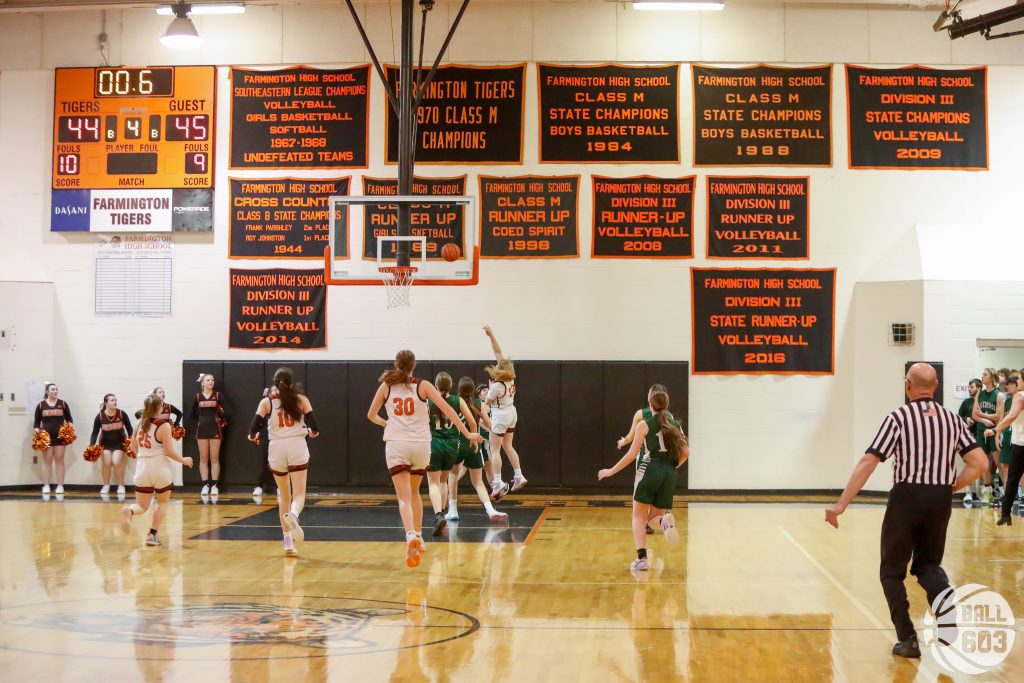 Trailing by one with five seconds on the clock, Farmington’s Madi Ricker received the inbounds and made a three-quarter court pass to a streaking Makayla Lapanne who laid it in as the final horn sounded to give the Tigers a dramatic one point win, 46-45, on Thursday night in Farmington.

The Tigers dominated the game for the first three quarters of play, leading by as many as 15 at one point and 12 entering the fourth. The visiting Mohawks came to life in the final stanza and surged all the way back to take the lead on a Haley Rossitto free throw that set the stage for the last second heroics for Farmington.

Ricker paced the Tigers with a season-high 20 points, while Lapanne also chipped in with 10. The aforementioned Rossitto turned it on late as she tallied 13 in the fourth quarter alone, en route to a game-high 28 points for Colebrook.

The loss was the first of the season for the Mohawks who fall to 5-1, while Farmington has now won three-straight to improve to 5-3.

Check out photos of the action by our KJ Cardinal…