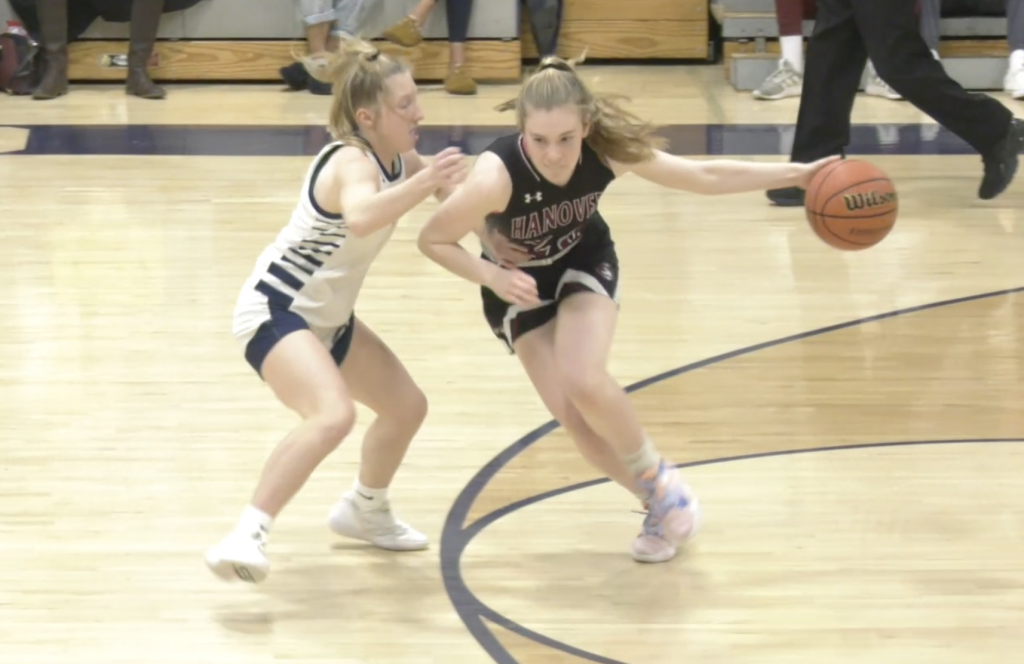 The Bow Falcons avenged their loss in last season’s Division II girls title game with a 35-23 victory over visiting Hanover on Tuesday night.

The Falcons defense was stingy to say the least as they held the Bears to just 12 points through three quarters of play to come away with their fifth-straight victory to open the season. Hanover has now dropped two-in-a-row to fall to 4-2.

Juliette Tarsha pumped in a game-high 17 points, including four first-half threes, to lead the Falcons to the victory, while Alex Larrabee added 12. Sydney McLaughlin paced Hanover with 11.

Check out the highlights by our Tim Lee…