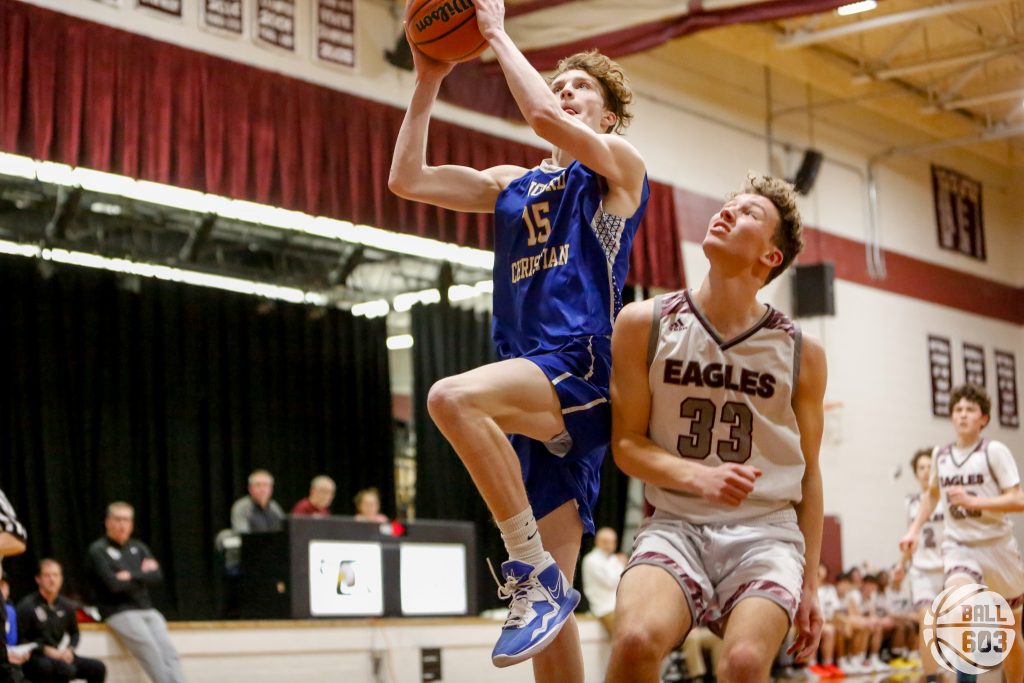 The Concord Christian boys improved to a perfect 6-0 on the season as they went on the road and came away with a hard-fought 75-70 victory over Portsmouth Christian on Monday night in Dover.

The Kingsmen came out firing as they poured in 24 points in the opening quarter to take a 24-12 lead after one. The second quarter belonged to freshman Cai Summers as he was unconscious with 19 points, including five threes, and the Eagles took a 39-35 lead to the break.

CCA pumped in 20 points in the 3rd and 4th quarters to come-from-behind for the win.

The Kingsmen were led by 31 points from Brode Frink and and 25 from Ethan Young. The Eagles, who fall to 3-5 on the season, were paced by 27 from Summers and 21 from Connor Hickey.

Check out the full photo gallery by Jill Stevens…