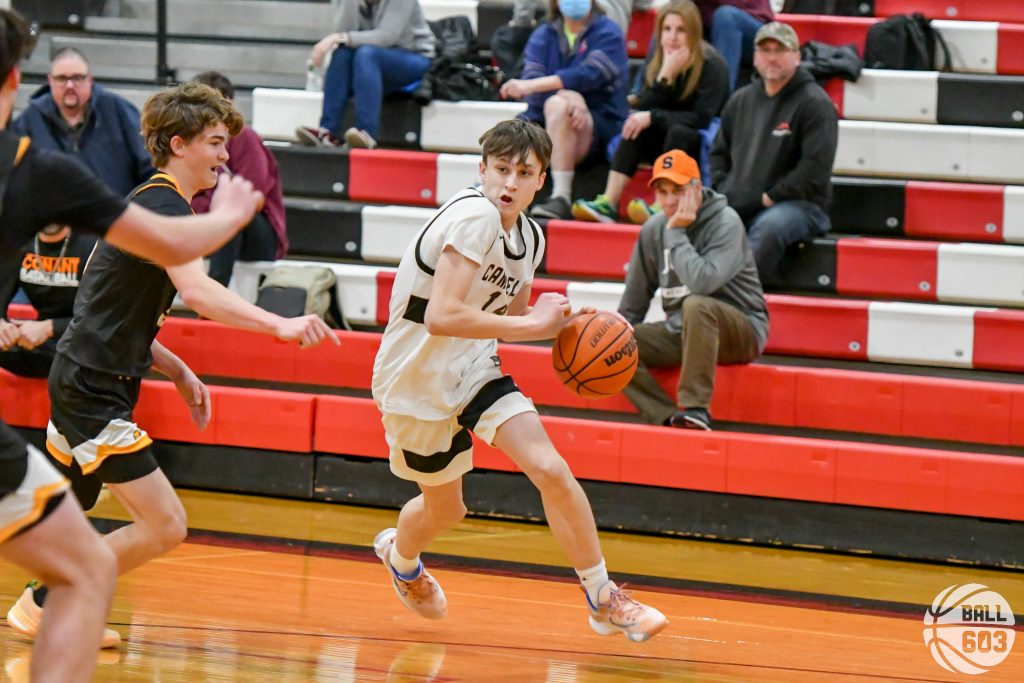 The 5-2 Campbell Cougars and the 5-2 Conant Orioles met up on Monday night and the Cougars earned a come-from-behind 44-35 victory over the visiting Orioles.

It was somewhat of a slugfest in Litchfield as both teams combined for just 10 first quarter points and Campbell took a 21-18 lead at the half. Conant later took a one-point lead to the fourth quarter, 30-29, but the final stanza belonged to the host Orioles as they came back to secure the victory.

J Breton pumped in eight points, including two threes, to close out the win for Conant as they held Campbell to just six fourth-quarter points.

The Cougars were paced by a trio of double-figure scorers in Jack Breton (14), Austin McHugh (10) and Jayshawn Hawkins (10), while the Orioles were led by Jared Nagle’s 10 points.