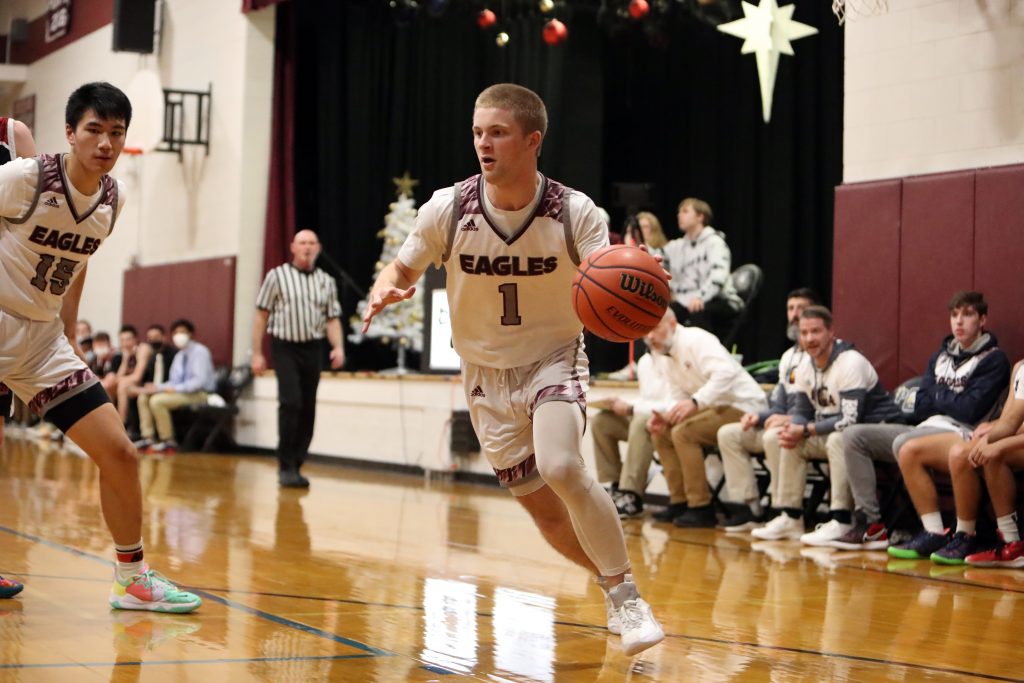 DOVER – It was a game of runs in Dover that came down to the wire and a Jason Stockbower three-pointer in the waining moments ended up being the difference maker as Portsmouth Christian Academy snuck by Newmarket, 52-50, on Wednesday night.

The Eagles led 15-12 after the first quarter, but the Mules stiffling 2-3 zone stymied PCA as Newmarket started the second quarter on a 13-0 run to take a 25-15 lead with 2:58 to go in the half. The two traded buckets the rest of the way and Newmarket took an eight-point bulge to the break, 33-25.

PCA started the third quarter on an 8-0 run of their own to tie the game at 33 apiece and later led 45-40 heading into the final frame. Newmarket clawed its ways back to tie the game at 46-46 with 4:10 left in the game and took a 50-48 lead with 1:48 to go after a nifty reverse layup by junior Cooper Mills, which was their final advantage of the game.

Portsmouth Christian head coach Derek Summers called a timeout to set the stage for Stockbower’s go-ahead three pointer, his only triple of the game, to give the Eagles a 51-50 lead. Newmarket had two opportunities late, but were unable to capitalize.