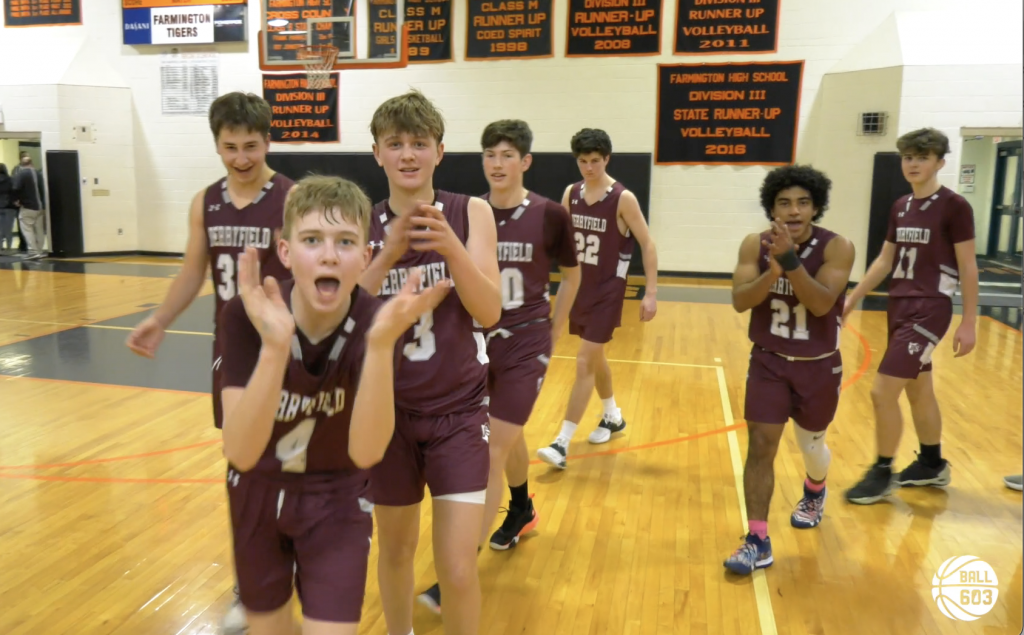 Derryfield, the second-highest scoring team in Division IV, poured in 21 points in the 4th quarter to pull away at Farmington on Friday night and come away with a 61-51 victory. The win for the Cougars snapped the Tigers three-game win streak.

D-IV’s leading scorer, Thomas Ferdinando, paced Derryfield with a team-high 18 points, but was held to just five in the second half. Teammate John McDevitt picked up the slack after the break as he tallied 12 of his 16 to help seal the deal for Derryfield.

Farmington was led by 14 points from Shawn Murphy, while Brian Weeks added 10.