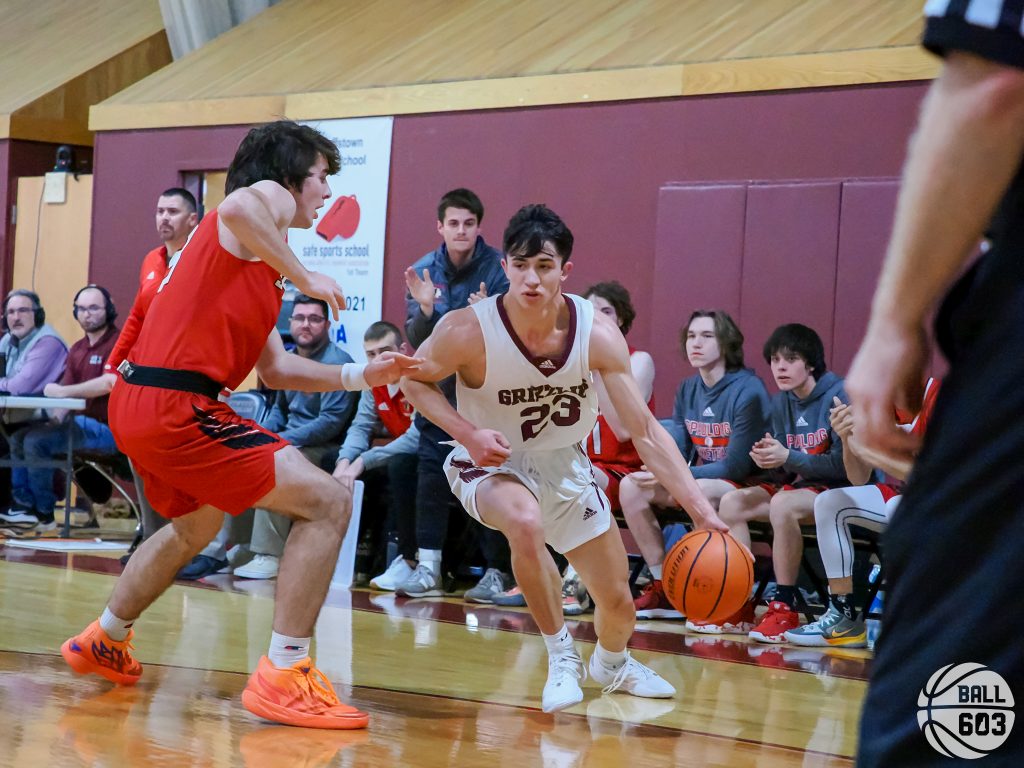 Trailing by five at the break, 32-27, Goffstown outscored Spaulding 42-30 in the second half to earn a come-from-behind victory over the winless Red Raiders on Tuesday night.

The Grizzlies were 16 points from Cam Hujsak, 15 from Ryan Strand and 13 from Noah Durham. Spaulding was paced by a game-high 26 points from Zander Walbridge, including six threes. Hunter Trueman (16) and Paul Butler (12) both netted double figures as well for the Red Raiders.

Goffstown snapped a three-game skid with the victory to improve to 3-4 on the season, while Spaulding falls to 0-7.

Check out photos of the action by Dave Beliveau…