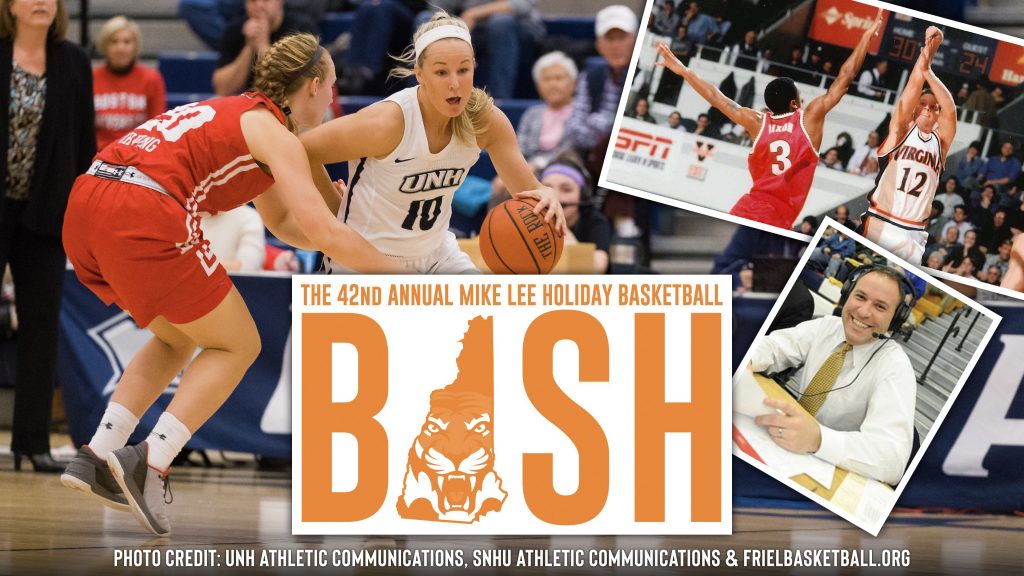 The name Friel is a household name in New Hampshire basketball and Keith will bring a wealth of experience and entertainment to our productions. A 1996 graduate of Oyster River High School in Durham, Friel led the Bobcats to two state championships and is the program’s all-time leading scorer with 2,148 points. Upon graduating from ORHS, Friel took his talents to South Bend, Ind. where he played for the Fighting Irish of Notre Dame for two seasons before transferring to the ACC’s University of Virginia to finish out his collegiate career. While with the Cavaliers, Friel tri-captained nationally ranked UVA (#5) and graduated as the program’s all-time leading three-point shooter.

The Friel name is well known to New Hampshire basketball fans as Keith’s father, Gerry, was the head coach of the UNH Wildcats for 20 seasons and all four of Keith’s siblings also scored 1,000+ points at ORHS and later went on to play Division I basketball.

Simpson, a 2014 graduate of Londonderry, led the Lancers to the 2014 NHIAA Division I State Championship and was named New Hampshire Gatorade Player of the Year. The 5’9″ guard was a 1,000-point scorer at Londonderry before playing for the University of New Hampshire from 2014-2018.

While with the Wildcats, Simpson was a starter that helped UNH advance to the title game of the America East championship final and later a bid to the NIT.

VanRyn is no stranger to New Hampshire and New England sports fans as he has been on the NESN call for Southern New Hampshire University men’s and women’s basketball gamess for a handful of seasons as well as on Merrimack College, Bentley University and the Northeast Conference broadcasts to name a few.

All 45 games of The Bash will be streamed live on Ball603.com with productions by Pack Network getting bigger and better as the tournament progresses. Shows on the opening day of the tournament will feature basic one-camera productions with on-screen score, while the semifinals and final will feature multiple cameras, replays and graphics as well as VanRyn, Friel and Simpson on the call.

To learn more about the tournament, including brackets and schedules, log on to the official website of The Bash.