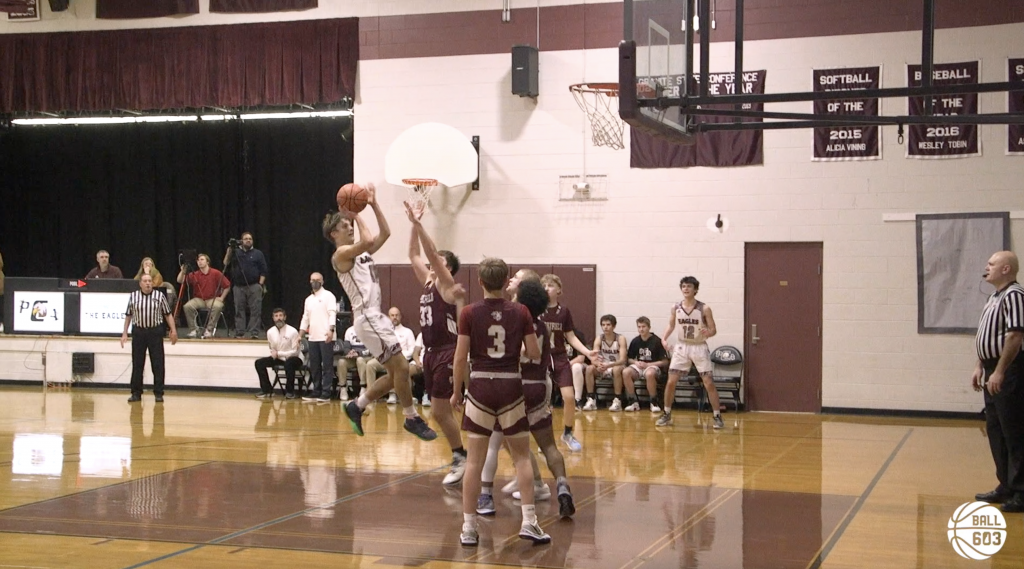 This highly anticipated Division IV match-up didn’t disappoint in the least. The first half was a back and forth affair that saw the game tied at 22-22 at the break. Derryfield pumped in 20 points in the third quarter to take a seven point lead, 42-35, to the final frame.

The host Eagles responded in a big way as they rallied to lead by three with under a minute to play. Derryfield’s Jack Krasnof was held to just nine points in the game, but he nailed a critical three-pointer near the end of regulation to force overtime for the Cougars.

The score was tied at 51 as teams entered overtime and was again knotted at 55 in the waining moments, setting up Stockbower’s heroics. The senior poured in a game-high 23 points for PCA while Caleb Runey (11), Gavin Nagy (11) and Seth Huggard (10) all turned in double-digit scoring efforts as well for the Eagles. Derryfield was led by 24 points from freshman Thomas Ferdinando and John McDevitt added 11.

The win moves PCA to 7-3 on the season, while it was just the second loss of the year for the 5-2 Cougars.

Check out the video highlights of last night’s action…